Water security in Lebanon…The Reality and The Challenges! 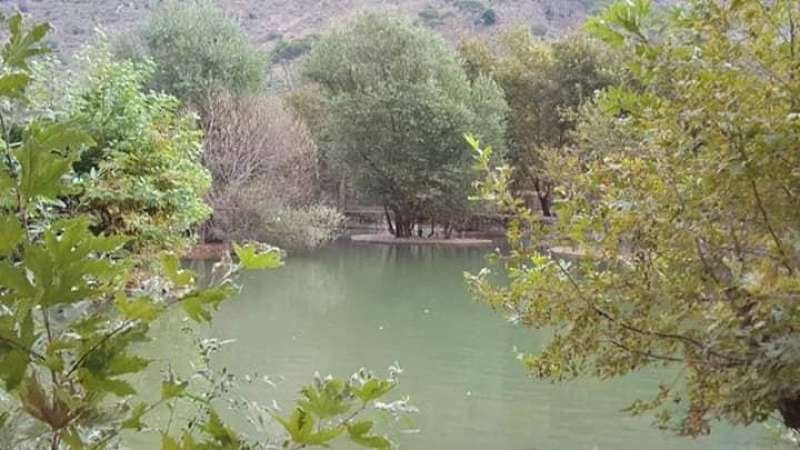 
Talking about the environment in Lebanon may seem as a form of luxury, in a country like Lebanon, that is literally and practically collapsing economically, environmentally and societally, and in a world engulfed by wars, conflict, but the preservation of the environment is an emergency not only in Lebanon, but in the whole world, and it was supposed to be dealt with yesterday, not today or in the future, just as we dealt with the pandemic Covid 19.

But the environment is not just landscapes with wild beings of flora and fauna, it comprises the air we breathe, the water and the soil, and that leads us to the food water energy nexus, and in this context, water security the topic we’re going to discuss in details.

This nexus of water, food and energy (WEF) is interrelated and correlated to overall security, and by security we don’t mean the nexus components but their relation to conflicts and wars, both in the region and in Lebanon, the Renaissance Dam is a valid and evident example of such relation between countries in the Nile basin, in Lebanon the case with Bisri Dam is still circulating among Lebanese and causing political divisions and debate and resentful conflict, especially as it was aborted by October 17 revolution, and was recently revived in the Cabinet.

On the institutional level, law 221 of 29 May 2000 and its amendments had identified and specified the prerogatives of the MoEW and the WEs. On the legal level, the legal provisions of the Arrêtés laws 144/1925 and 320/1926 and of the Water Code promulgated by law 77 dated 13 April 2018 target the harmonization of the management of the water sector and take into account the international principles in this field, The Water Code of 2018 was ratified without taking into account the revisions made by the sub parliamentary committee. The revised version was completed in May 2020; it is therefore crucial (according to the ministry) to have the revised Code ratified soon to allow for its executive decrees to be drafted.

The recent amendments to the law gave the Minister of Energy and Water the upper hand (lead by a certain political party) in the water file, without taking into account the popular opposition, nor the opposition within the Council of Ministers, especially by the Minister of Environment Nasser Yassin.

The recent conference held in the ministry of environment, with the title: “Any Strategic Environmental Assessment for Water Policies Workshop?”, with the many developments in the water file for more the last ten years, with projections towards 33 dams to be built, and while the Ministry of Environment has not been officially announced its position on them, or even consulted about them, and with the recent development of the commissioning of a new company Ecodit to carry out a strategic environmental assessment of water policies in 2012, which were neither adequate nor strategic according to the ministry, and it was not subject to any serious thorough discussion. After reviving the Bisri Dam in the last cabinet session and before that, re-offering the financing of the Brisa Dam, which failed to collect water, It was necessary to take a comprehensive stand in front of this vital and important resource, which is seriously exposed to pollution and to the high prices of its safety, with relation to water quantity and quality, as well as the risk of  the seismic nature of the area, among many other aspects.

The scene of water management in Lebanon has always been occupied by conflict between investors in water and not towards the state's duty and responsibility to protect this valuable source and its fair distribution. The conflict has been shortened between investors in constructing surface dams and investors in digging underground wells to secure water. And the two options alone in managing this resource are both destructive and do not reflect a strategic mind and options that are far from the interests of investment.

The policies adopted by the Ministry of Energy and Water in the past years have violated the most important strategic principles and the laws of nature, foremost of which is the law of gravity. Since the sources of the most important sources of fresh and unpolluted water are located above 800 meters above sea level, most coastal cities were supposed to be irrigated according to the law of gravity, from top to bottom, that is, without the need for electrical energy to operate pumps and generators, except in the few places where you need it. It was possible to equip these stations and pumps to operate on solar energy, as was proposed in 2007 to the Ministry of Energy and Water without taking it, just as it did not take into account the strategic proposals that integrate energy with water and propose plans, policies and bills to encourage the use of renewable energy, and exempt the raw materials from which it is made Clean technology (such as solar panels and air fans) from customs duties to encourage their manufacture in Lebanon and secure new job opportunities, and contribute early to the transition to clean and renewable energies from inexhaustible, sustainable and cheap sources such as the sun, air and the power of water flow!*2

The usage of renewable energy sources especially solar panels for the stations and pumps as well as the protection of sources from pollution, waste, theft, and wastewater treatment were given priority over the construction of dams, that cost billions of dollars, not to mention the huge cost for its operation and maintenance, we would not need electric power (and diesel-powered generators) to refine water at a high cost in stations that all collapsed today in one fell swoop with the fuel crisis, not to mention the the public water network waste due to lack of maintenance that according to a report issued by the United Nations Children’s Fund (UNICEF) that indicated the need for 40 million dollars annually.

The problem is not only the wrong investments in water in the previous period. Rather, the state of the comprehensive collapse and the chronic mismanagement good and lack of good governance of this vital resource which made it easier for investors in the crisis to achieve imaginary profits at the expense of nature and the citizen. Theft of strategic water from the ground and from networks has become active, and the cost of water alternative to networks has doubled dramatically. And in the last notification by quick messages, the bottled water subscribers were informed yesterday that the prices of bottled water will rise in early September 4. The Ministry of Energy and Water takes strategic proposals to protect this vital resource from its sources and save water and public money, not out of ignorance and stupidity, but on purpose, and to justify The need for more investments in water, especially in constructing surface dams, which cost billions of dollars, not to mention the huge cost of operating and maintaining them.

The, role of the state and the Ministry of Environment in particular, and before the Ministry of Energy and Water, is to remind that water is part of the ecosystems that make this resource constantly renewable, and that any plans that spur a conflict with these ecosystems are invalid and should be avoided. This is the basic principle that is supposed to be adopted in strategies, plans, and laws, which confirms that water is a public property, and it is a right of every human being like air. The official administrations have nothing but protection, proper distribution and rationalization of its use.

Therefore, the nature on which the strategy is based must first be scrutinized. Since the seventies, the Ministry of Energy and Water has stopped conducting systematic and comprehensive surveys and measurements of the water available on the surface, and it is no longer known what the volume of groundwater withdrawals is when the number of unlicensed and controlled private wells exceeded tens of times. The ministry of environment asked a valid question, about how can we talk about a shortage and need for expensive dams when we do not know exactly the volume of water flowing from the springs, nor the volume of water withdrawn from the ground, nor that bottled water and its trade, nor from where the owners of citrines get water throughout the year, and why is water available in citrines and not available in faucets?! Not to mention the network wastage of water that may reach up to 60%.

And since wastewater is considered the primary cause of fresh water pollution in Lebanon, why was the strategy not given priority to addressing this scourge over constructing dams, in addition to addressing waste in networks, theft and trafficking in various ways?

The relationship between the energy and water sectors is not limited to these aspects, of course, but this is what is monitored greatly in crises, their management and the extent of their direct impact on public safety, as it was assumed that the energy and water relationship should be monitored in all sectors, especially the agricultural sector, which is the largest consumer of water, many farmers have benefited from the use of solar panels to operate irrigation pumps. Many industrialists have also benefited from individual initiatives from solar energy and wastewater reuse, in addition to some timid attempts in the traditional tourism sector, especially in the hotel and sea resort sectors, which could have had similar projects that would save energy and fresh water. Only the country has failed to benefit from sustainable and more energy- and water-conserving technological developments.

Will this crisis provide evidence of these available options and the opportunity for change in strategies and policies? Will the energy and water sectors be integrated with the forest and forest management sector, with the direct and mutual impact of this issue, as the trees bring rain, and their roots prevent soil erosion, and the soil contributes to the conservation of water (snow and rain water) and its purification to reach the basins and underground reservoirs, where It is kept (from pollution and evaporation) cold, pure, and mineral, and it erupts in springs... from which we must drink, if the concerned administrations were good to transport it and deliver it to the “faucet” of every home by means of gravity.

The workshop ended by recommendations by the Ministry of Environment and the participants, the following are some of them:

2- Respecting that water is a human right

3- Unifying the data on the water file, choosing a platform that includes all aspects, and a general information base, provided that the information is available to everyone

5- Implementing the laws in force in terms of water protection

6- Managing the various water basins independently, and developing strategic plans to manage them in an integrated manner.

8- Reversal of privatization projects, and the adoption of sustainable water management, and a progressive tax on increasing consumption more than real needs, as well as rationalizing consumption etc…

9- Restoration of degraded and abused ecosystems, and fines for polluters.

11- Awareness of rights and conservation of water resources.

12- Taking into account the link between water, food and energy (nexus).