An Unexpected Visitor to a Balcony in Dubai – UAE 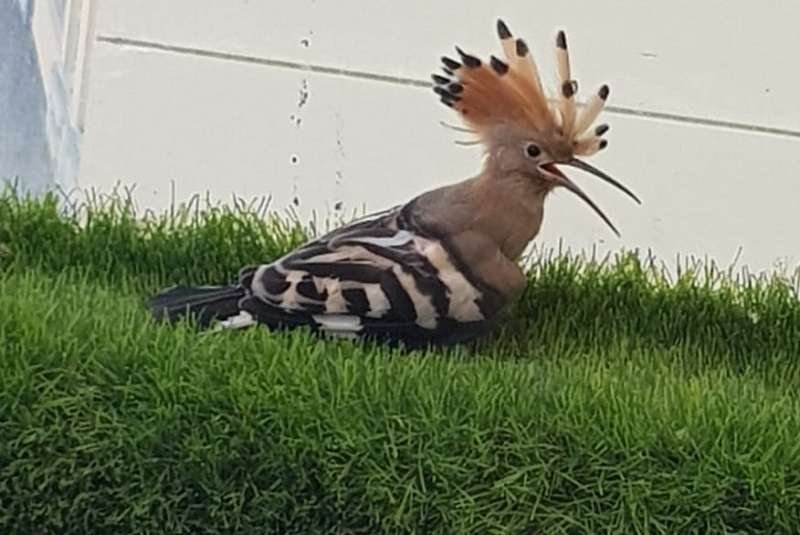 A resident of the United Arab Emirates woke up to be surprised by a visitor to his balcony in the apartment where he lives with his family in the Al Warqaa area of the city of ​​Dubai, UAE, Hussam Al-Rashdan originally from Jordan and works as a software programmer for the health system told “Elissar News”: "a messenger from the Prophet Solomon or what is known as a Hoopoe Bird, has visited our balcony, and we felt this surprising visit by this beautiful bird as a good omen". 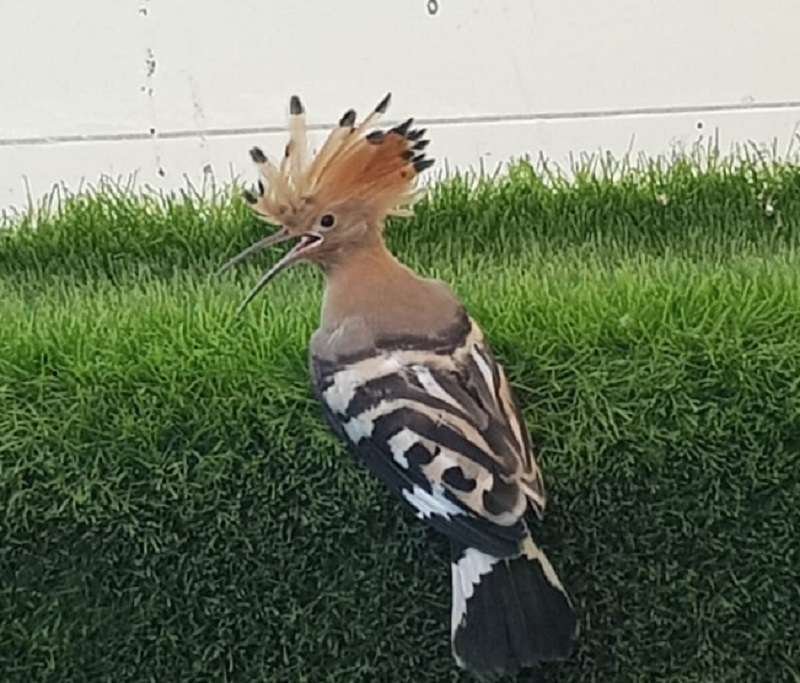 Al Rashdan pointed out that "the weather was very hot, and the bird seemed to open its mouth, and it seemed exhausted from the heat, it remained on the balcony from morning until sunset, and we intended to take it to a veterinarian, but he ate the food and drank some water we provided, and we took photos and a video for this unexpected visitor, and after that the Hoopoe summoned his strength and flew away”.

Al-Rashdan said: “it has become a common thing in UAE to see some of these birds in the nearby public parks, but probably of the imposed quarantine due to the COVID-19 pandemic, as well as the regulations imposed by the government in the Emirates on behalf of animals and wild birds, and with the slow traffic in the streets, the birds came closer without fear to houses and apartments”.

He told “Elissar News”:” This exceptional situation due to Corona had a positive effect on nature, so we have seen more species and numbers of birds, especially partridges and colored birds, but I am not an expert to know their names”.

Consequently, the realization that the good governance in the United Arab Emirates, especially in the field of environmental conservation targeting biodiversity protection, has contributed to making it a safe haven for these birds and other animals, which is what we lack in our homeland, Lebanon, in various aspects and not only in the environmental field.