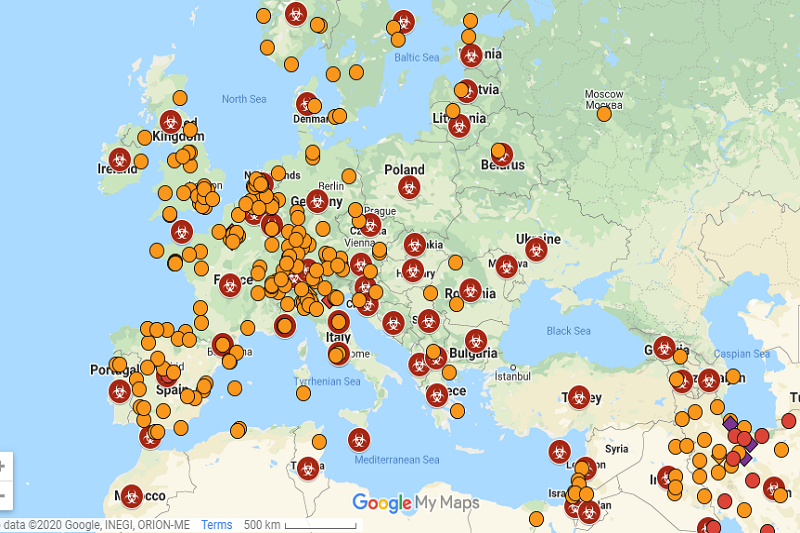 The number of newly infected cases by Corona virus worldwide, or COVID_19, have reached 145,400 cases around the world, noting that number of officially registered deaths is 5416, as this virus has spread to 141 countries and territories in the world (including the Diamond Princess ship).

Translated from an Arabic version by Suzanne Abou Said Daou